In this article, we will compare two phones from the Note series namely Samsung Note 10 plus and Note 20 Ultra.

Like all the previous galaxy note phones, Samsung Note 10 Plus too features a big screen with a size of 6.88 inches. It sports an edge-to-edge design with a curved display, which makes it look extra large than the already large screen. Samsung Note 10 Plus has a super AMOLED display with a resolution of 1440 x 3040 which gives you sleek-looking visuals. It has a 60 Hz refresh rate which is compared to 90 Hz in today’s premium phones, it is a little less but you won’t feel it since the navigation and gaming is superfluid.

Samsung Note 20 Ultra features a 6.9-inch display with a resolution of 1440×3200 pixels which gives an immersive feel due to its extra-large curved AMOLED display. It comes with a refresh rate of 120 Hz which is currently the best in smartphones, providing smooth navigation. The refresh rate is adaptive which means it adjusts itself based on the need to reduce power consumption.

Note 10+ has 5 cameras that produce crystal clear and stunning images. All the four different cameras in the back combine to form nice-looking images. Those four different cameras are a primary camera, a telelens which helps in creating depth in images, a 12 MP ultra-wide camera, a dedicated camera to find the distance between the person and the phone which also helps in constructing depth in images. Along with these back cameras, it also provides a 10 MP front camera for selfies and video calls.

You may also like: Future-proof Snapdragon 865 phones that you won’t regret buying

The CPU of Samsung Note 20 Ultra is powered by the Samsung in-house Exynos 990 processor or Snapdragon 865 plus processor based on the country where you buy. It can easily handle most of the highly demanding applications. Samsung Note 20 Ultra comes with 12 GB of RAM which is very huge for a smartphone hence it can handle running multiple apps without getting closed even after minimizing the application for a long time.

Samsung Note 10 Ultra provides a hefty 4500 mAh battery which can keep your mobile running for a day easily even with heavy apps. Similar to Note 10 plus, the Samsung Note 20 Ultra also comes with a 25W fast charger which can charge it in 1 hr 20 mins. It also supports 45W fast charging as well as wireless charging.

You May Also Like: Complete Specifications of Best 7 Inch Screen mobile phones for 2022

Samsung Note 10 Plus comes in two storage variants 256 GB and 512 GB which is more than sufficient for the average user. It also has an expandable storage card slot for those who are hungry for large storage space.

You May Also Like: Top 7 affordable 64GB RAM Laptops that you cannot miss 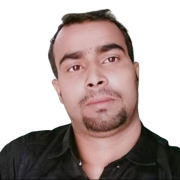 Everything You Need To Know About Android Smart TV